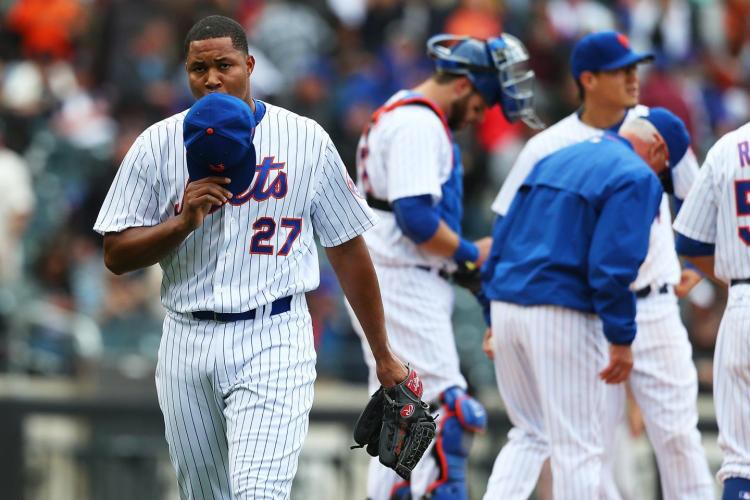 Familia has three saves so far this season. His ERA is 3.86, well higher than his 2.51 career average. (Sports Illustrated)

So now, Familia is done. And getting a blood clot in your shoulder is rare. I mean it’s just rare. It doesn’t happen often. So they say surgery is “possible”. No, he’s getting surgery, his season is basically over. And now the Mets are screwed. The Mets added ZERO free agents this winter and we desperately needed a bullpen. And now our depth in the pen is none. We have no depth.

Remember the first 15 games of the season when all of our relievers were overused because Familia was suspended? Yeah well now we have to deal with that the rest of the season. Reed is going to be the closer (I’m okay with that because he’s my boy and he’s a beast) but now we have no set up man and no depth.

Our best pitcher, Syndergaard is out for the next 8-10 weeks, our best hitter Cespedes has been out for basically this entire year and now our best reliever, Familia is out for God knows when.

Teams don’t suffer these types of injuries in a year or even 3 years. We suffered them in the FIRST MONTH.

Laughing stock organization. And it’s not just injuries. From top to bottoms out organization is stupid.

For crying out loud our AAA team is in Las Vegas. Guys have to fly 5.5 hours if we need them just to try and make a game.

This team sucks. The Mets suck.
P.S. somehow this team will still make the playoffs. Some voodoo type stuff. I don’t get it. Ya Gotta Believe.

Update: Familia is out several months after getting surgery today for the blood clot. Can things get any worse? I’m serious.