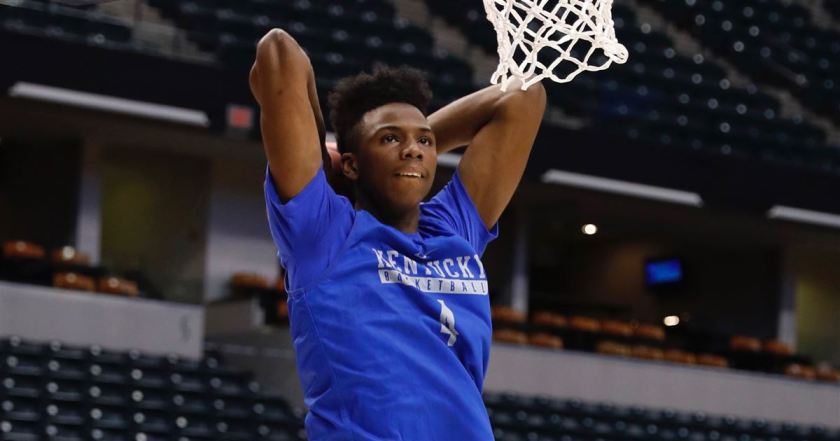 Well, the inevitable has happened, another Kentucky player has declared for the NBA Draft, but this one has a nice little twist to it. According to his twitter page, Hamidou Diallo has declared for the NBA Draft but will NOT hire an agent, meaning he is eligible to return to Kentucky if he chooses. Now you may read this and hurry to google Diallo’s stats at Kentucky because you would like your favorite team to draft him because why not? All Kentucky guys thrive in the NBA. Well, I’ll save you a few seconds and some frustration. Diallo’s stats at Kentucky went as followed.

0 games played, 0 points, 0 rebounds, 0 assists and zero’s across the board.

Diallo never actually played in a game for Kentucky. He wasn’t eligible.

Diallo graduated high school early, so he enrolled into Kentucky during the spring semester of this year. Technically, Diallo was allowed to play for Kentucky this year, but Coach Cal, the coaches and Diallo agreed that he should just sit out the remainder of the season, because the season was already into January, and either play for Kentucky next year or go to the NBA. It looks like we got the decision.

Diallo is an extremely rare case. With the rule in the NBA being a player has to be one year removed from high school to join the NBA. So high school players can either go to a college and play for a year or go overseas for a year and make themselves eligible for the draft the next year. Diallo, can be the first player, in a long time, to play his last game in high school, never play in a college game or play overseas, and go to the NBA, because technically, he is one year removed from high school by the time the NBA draft comes around.

I understand kids wanting to make their dreams come true and play in the NBA but if I were Diallo? Go back to school and play for Kentucky for many reasons:

Diallo is going to be a very good player whatever he decides. He was the #9 overall prospect coming out of high school. The kid could ball. But he should go back to Kentucky, imho.

You can watch his mixtape here.