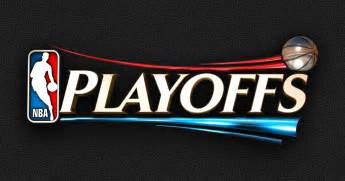 The NBA playoffs have seen a few injuries occur that can effect how a series plays out. Rajon Rondo (Thumb), Kevin Durant (Calf), and Rudy Gobert (Knee) are star players sidelined due to injury concerns. Here’s a quick update on each players status and their future availability

It was reported earlier today that Rajon Rondo is out indefinitely due to a broken thumb sustained in the Bulls game two victory over the Boston Celtics in round 1. Rondo will not require surgery, however, he is likely to miss the remainder of the Celtics series.

Rondo will be reevaluated in 7-10 days. A more concise prediction about his expected return date will be able to be formed then.

Jerian Grant will start in the place for Rajon Rondo. A big loss for a Bulls team that is trying to pull of an 8 seed beating a 1 seed upset. The Bulls still lead the series 2-0.

Kevin Durant missed the Warriors game two win over the Trailblazers with a strained calf muscle. The injury is not believed to be serious and he was held out mostly due to precautionary measures.

It sounds as if the Warriors do not want to rush Durant and risk further injury.  It is likely Durant will be held out to game 3 as the Warriors won’t play him until hes 100%.

My guess is that they sit him the remainder of the series as they may not need to play against a Trailblazers team that is clearly over matched.

A series defining knee injury on the first possession of game one has but Gobert’s status for the remainder of the series in doubt.

An MRI revealed a strained knee muscle. Gobert’s status is uncertain and has been ruled out for tonight’s game three match up. Utah is still holding out hope that the NBA best defensive center can return later in the series.

It is unlikely if Gobert returned for the Clippers series, however after reading his comments about his dedication to getting back on the court and winning basketball games,  it would not surprise me if he did return.

Utah may not want to rush their franchise player out there either if he’s not 100% healthy. If he does return, it could be the difference of the Jazz advancing or going home. The series is currently even at a game apiece with game 3 in Utah tonight.