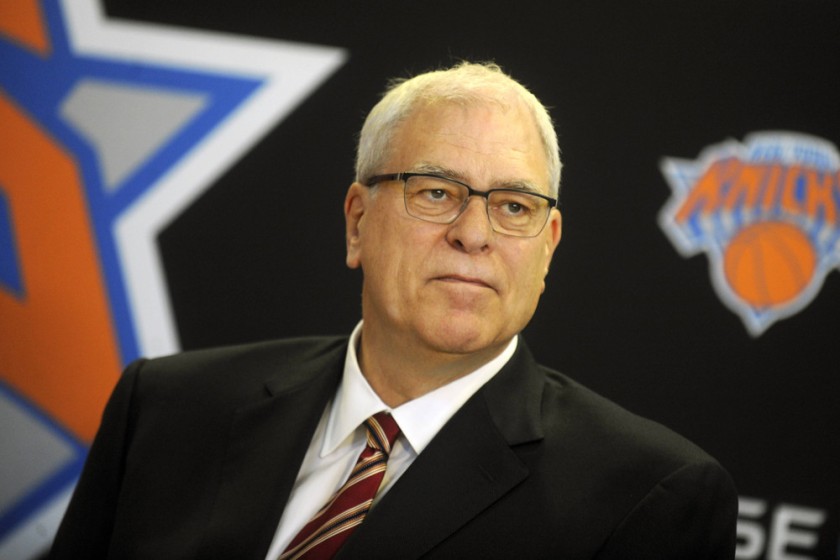 Phil Jackson continues to make back page headlines as the Knicks President of Basketball operations. Unfortunately, those headlines continue to be head-scratching decisions, questionable comments and his inability to build a winning team in his three tenure.

In other words, the Phil Jackson era has been filled with complete incompetence. As Knicks fans would say, just another season at the Madison Square Garden.

Today’s blunder occurred during Jackson’s season ending press conference where he stated he told Carmelo Anthony with the way the team is headed, he is better off playing somewhere else. Jackson stated the Knicks have not one with Anthony and the organization needs to head in a different direction.

There’s a few issues with this statement. First, as much as I agree the Knicks need to move on from the Carmelo Anthony era, you cannot be diminishing a players trade value in a post season press conference.

What team would offer the Knicks anything close to what they want when they know the Knicks are actively trying to move him? The answer: probably nobody.

Jackson just backed himself into a corner here. The Knicks would ideally acquire a young player with upside as well as a first round pick in any deal for Anthony. Now, they may be lucky to get one or the other.

The second issue is Phil may have cost the Knicks an opportunity to sign free agents in the future.

The NBA is dumb in the fact that players are all buddy – buddy and they all talk with one another about forming super teams and chasing rings as friends. Player rivalries do not really exist now  in today’s game.

Put it all together as Carmelo Anthony still has star power and name recognition among his peers and with the way the Knicks mishandled his situation throughout the season, it is unlikely any player would want to come here unless we drastically over pay. In the end, money always talks but this ongoing dilemma does not help us getting solid veteran players coming here on a cheaper discount. 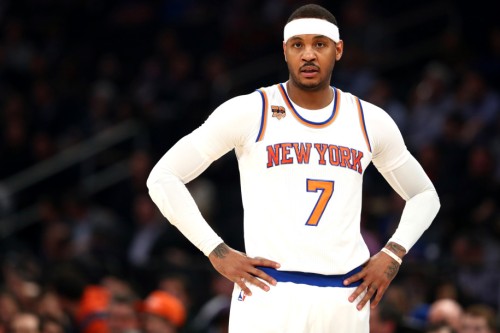 The last issue is that is Phil Jackson aware that Carmelo Anthony still has a no trade clause and that he can veto any trade he does not approve of. The teams Carmelo Anthony will want to play for will be extremely limited.

The Lakers, Clippers, Cavaliers, Celtics, Bulls and Heat will probably be on the short list of possible destinations.

This leaves very limited opportunity for the Knicks to hold a bidding war and obtaining the appropriate amount of assets in any deal.

Phil Jackson’s press conference left Knicks fans feeling uneasy as they head into one of their more important off-seasons in recent memory.

Pray for a lottery win!

-Credit to Ian Begley of ESPN NY as his tweets were used for information.