Welcome to the NBA Western Conference. The most grueling, brutal conference to win. Every team in this side of the bracket has a legitimate shot at making a deep run in the playoffs. From top to bottom the conference is stacked.

San Antonio Spurs: Pop is one of the best coaches in NBA history, they won 60 games this year, Kawhi Leonard is an animal and they have so much playoff experience.

Houston Rockets: A somewhat surprising  season, they were supposed to make the playoffs but not as the 3 seed. James Harden has had a historic season, and their offense is unlike anybody else.

Los Angeles Clippers: Another team that boasts so much experience. Chris Paul is still a top guard in this league and Blake Griffin is a beast. Is this the year they make the WCF finally?

Utah Jazz: A young tam that had a phenomenal year. Gordon Hayward is leading the charge and they have a really solid overall team with Rudy Gobert controlling the paint.

Oklahoma City Thunder: Russell Westbrook is literally carrying a roster that is awful. I mean the Thuder are just not a solid team. BUT, Russell Westbrook had 42 triple doubles this year. 42. And with him in charge they can beat anybody.

Memphis Grizzlies: This team is lead by a bunch of veterans. Mike Conley is a great point guard, Marc Gasol is still a beast, and Zach Randolph is a great big off the bench. But their X-factor can be my boy Wayne Selden. He needs to be effective with Tony Allen being out.

Portland Trailblazers: Trailblazers had an amazing season last year but faltered a little bit this year. They got into the season as the 8 seed, but their backcourt of Lillard and Mccollum is still one of the best in NBA.

So lets get into the matchups:

This is actually an intriguing matchup because of the Blazers guards. I mean this series won’t be close but it’ll be a fun series to watch. The big thing to watch here is just to see how well the Warriors play together again in their first playoff series with Durant. Other than that, the Blazers might win Game 4 after being down 3-0. 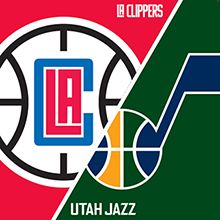 Very good matchup. The youngins vs the savy vets. Clippers had such high expectations this year, but, yet again, injuries derailed theri chances of getting a top 5 seed, which they desperately needed. Chris Paul needs to get these team going again and fast. If he doesn’t Gordon Hayward will dominate. He is a matchup problem for the Clippers. And Rudy Gobert is still good enough to control the paint against Jordan and Blake. 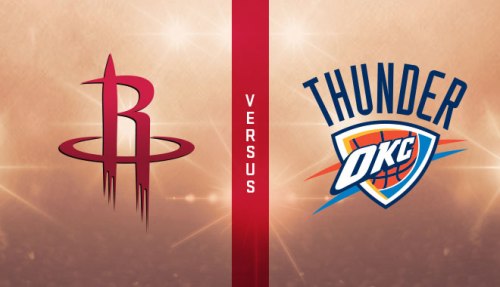 If we couldn’t get Warriors vs Thunder in the first round we’ll definitely take Rockets vs Thunder. We get to see Russell Westbrook, the man who averaged 42 triple doubles and averaged a triple double this season (in case you forgot) faces off James Harden who had 22 triple doubles this year. The 2 are battling it out for the right to win MVP. People are saying both should win MVP, but this season can determine who wins it. But it should be Russ.

The Rockets definitely have the better roster than the Thunder. The only way the Thunder pull off the upset of Russ takes his game even further.

Unfortunately, this will not be much of a series. If it is a series at all. It looks like Tony Allen will be out for this series and Wayne Selden will look to fill his place. Wayne is more than capable of getting the job done. But I can’t see Mike Conley and Marc Gasol defeating the mighty Spurs.

Leonard, another MVP candidate, is too good to let this series slip away. LaMarcus Aldridge is still an all-star and a beast, and Pop just doesn’t lose int he first round. This series will be over fast.