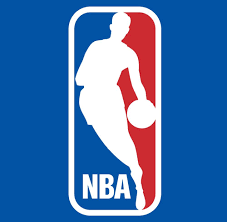 So lets dive into starting with #30 up to #1. I hate when people start with #1, the best part of the article is already over.

So here we go.

Let’s be honest, the Lakers started off the season decent. They were playing .500 basketball through the first 20 games or so and then the wheels fell off. The Lakers are just playing for a top 2 pick in this loaded draft class so they can draft hometown kid Lonzo Ball.

Yeah, the Suns suck this year. They do have a bright future though as Devin Booker just dropped 70 points the other night. That’s right 70. 70 points. The kid is 20 years old….. Let that process…. The kid is freaking 20 years old and scored 70 points in an NBA game.

Ahhhhhh my beloved New York Knicks. What a freaking season this was. Started off hot, we were the 3 seed for the first 25 games or so and then we fell apart against the Celtics on Christmas Day and the season was over from there. Charles Oakley fought James Dolan, Derrick Rose goes Awol, Phil Jackson keeps tweeting out some hippie stuff and it’s just another season for the Knicks. It’s okay we’re still a superteam.

At first I hated the Demarcus Cousins trade for the Kings like everyone else. On paper it looked like a terrible trade. But you know what? It was still a pretty terrible trade. But Buddy Hield looks like a player in this league and they have a lot of picks for the future to rebuild. They need to hit a homerun this draft to help their fans.

It’s not their year this year. Trust The Process. The future is bright.

I thought the Wolves would be in the playoffs this year. The Lavine season ending injury didn’t help the cause but this team has a bright future with Towns and Wiggins. They’ve had a strong second half.

For their 16 wins the Nets have been playing good basketball as of late. They’ll probably finish with 19 wins this year and they really don’t have a bright future, but hey, their playing well in their last 10 games. (5-5).

Magic had dreams of going to the playoffs this year with a lot of off-season moves, but it faltered. They have a decently young core, but they need their upcoming draft pick to be a star.

The Pistons are only 2.5 games out of the playoffs but they are hurting their chances by going 2-8 in their last 10. Pick it up Detroit, you have a shot at this, and do it for me, I predicted you to go to the playoffs this year.

Atlanta are you serious?!?! 3-7 in your last 10, and you want to make a run in the playoffs. Play better, pick it up, your a 5 seed in the playoffs right now, start acting like it. (I honestly hate Atlanta, them and the Knicks have a weird rivalry)

The Anthony Davis and Demarcus Cousins front court is starting to get better and better every day. They’re starting to win more games together. It wont get them to the playoffs this year, but with a few off-season moves, expect NOLA to be a threat next year.

The Mavs are still rebuilding but honestly they are not that far away. Again, loaded draft class, pair a great young player with Dirk and Barnes and you got a solid team next year.

Kemba is doing his absolute best to carry this team to the playoffs. Their 3 games out, they have a shot, a long shot, but Kemba has done crazier things before. They need to get a better effort of the bench though.

It’s been a weird season for the Bulls. They had a good start, a terrible middle and a decent end. They’re 1 game for the final playoff spot in the East but with Wade being out for the year, it’s gonna be tough.

Denver is on the outside looking in right now for the last playoff spot in the West. They have a shot of getting to the playoffs, but if they get into the lottery it’s not the worst. They’ve proved they can compete for a playoff spot with a young team, and a lottery pick can get them over the hump.

I’m putting the Trailblazers here at 16. They were the surprise team last year, getting the 5 seed. But this is a new year. They had a terrible start but it seems as if they are finding their groove from last. The Blazers have a tremendously bright future, and if they finish strong and get the 8 seed, even better

Pacers are on the verge of getting the 8 seed in the Playoffs and that would not be ideal. They have struggled in their last 10 games and they need a strong finish from Myles Turner if they want that 6 seed.

In the East, it’s a race for the 6 seed. No one wants to play the Celtics or Cavs in first round. But the Bucks are holding firm, going 7-3 in their last 10. They’re playing well, they just need to keep it up now.

I know they have the worst record than Milwaukee and Indiana but they have been the hottest team in the NBA. Erik Spoelstra deserves coach of the year. This team was 11-30 and now 36-38. That’s incredible. And their roster is not even that good.

They just blew a 19 point lead in the 4th quarter to the freaking Kings. Are you serious?!?! This team has so much potential and talent, but honestly, they underachieve so much. I don’t see them making it out of the first round of the playoffs again.

The Grizzlies are playing good basketball. They have had a lot of injuries this year (basically every Grizzlies year). But they need to finish this season strong to get momentum if they want to knock off the Spurs in the first round. Oh and shout out to my boy Wayne Selden who is on the Grizzlies now. Read about his journey on that link.

Russ is doing everything he could do to carry this terrible roster deep into the playoffs. And if you think Russ is the MVP, read this. But really, this team has been a top 10 in the NBA throughout the entire year, they’ve been pretty consistent. The reason why they’re not ranking higher is because they don’t have a great record against the top competition.

Okay back off, back off. The Cavs are not the 8th best team in the NBA. They’re still top 3 talent and team wise, but they sure aren’t playing like it. Ever since their below average January, they  just been in a major funk. They’re not playing team basketball, they’re not even the 1 seed in the East anymore. Read about that here. But they need to find their chemistry again from last year\, or in the beginning of this year, or Lebron might not be “Zero Dark Thirty” on his twitter account during the playoffs for long.

The Jazz have had the quietest, nicest season of anybody in the NBA. No one is talking about them but they have a solid team led by Gordon Hayward. They are the 4 seed right now, and are a dark horse to making a run in the playoffs.

The Raptors are having a solid year. Everyone projected they’d be the 2 seed again in the East this year, but they are 4. They’re playing good basketball, they have a solid roster, and if there is ever a chance of them beating the Cavs in the playoffs, it’s this year.

Wizards surprised me this year. I didn’t think they’d be in contention for a top seed in the East but here we are. Beal and Wall are playing well together, Morris is a great piece in the starting 5, Otto Porter is playing well and they have a nice bench.

James Harden is a monster this year. No way did I think the Rockets would be this good, but here we are. Mike Dantoni is doing a great job with this team. They have a fantastic offense, and their defense is not great, but it’s not the absolute worst. They don’t have 51 wins for no reason.

The 1 seed in the East!!!!! This team has just been phenomenal all year. They have great depth, a great, MVP candidate it Isaiah Thomas and one of the best coaches in the NBA, Brad Stevens. Their size bothers me a little, but hey, they’re red hot and I think they have a legit shot of going to the finals.

Ho hum, another amazing year for this Spurs team. Seriously, will this team ever be bad? I hope we get a Warriors Vs Spurs WCF. That series would be something for the ages.

GSW struggled for a little after KD got hurt, but they have found the groove they had when they won 73 games without him. They lost the 1 seed in the West for a brief second a couple weeks ago, but they’ve been great, going 8-2 in their last 10. Curry broke out of his small slump and this team is primed for another championship run.