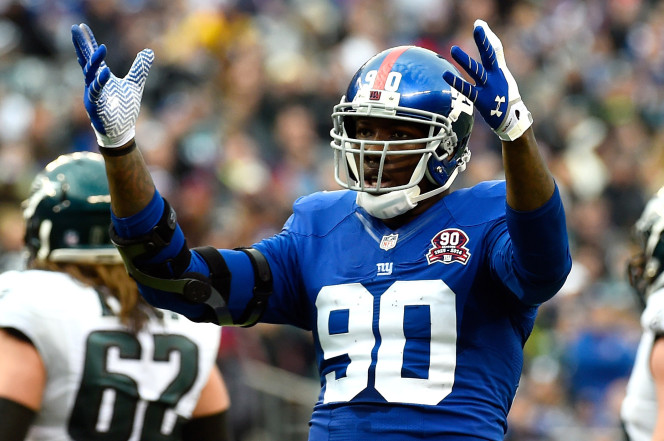 The Giants have come to a four year extension with Jason Pierre – Paul according to NFL.com insider Ian Rapoport.

Terms of the contract have yet to be disclosed.

Pierre – Paul, who was franchise tagged for the second consecutive season, has been with Giants since he was drafted back in 2010.

The move will likely shift the Giants attention to bringing back free agent defensive tackle Jonathan Hankins with their remaining cap situation.

The Giants have now solidified the defensive end position for  next four years with JPP and Oliver Vernon under contract. The two played 90% of the defensive snaps this past season when active for games.