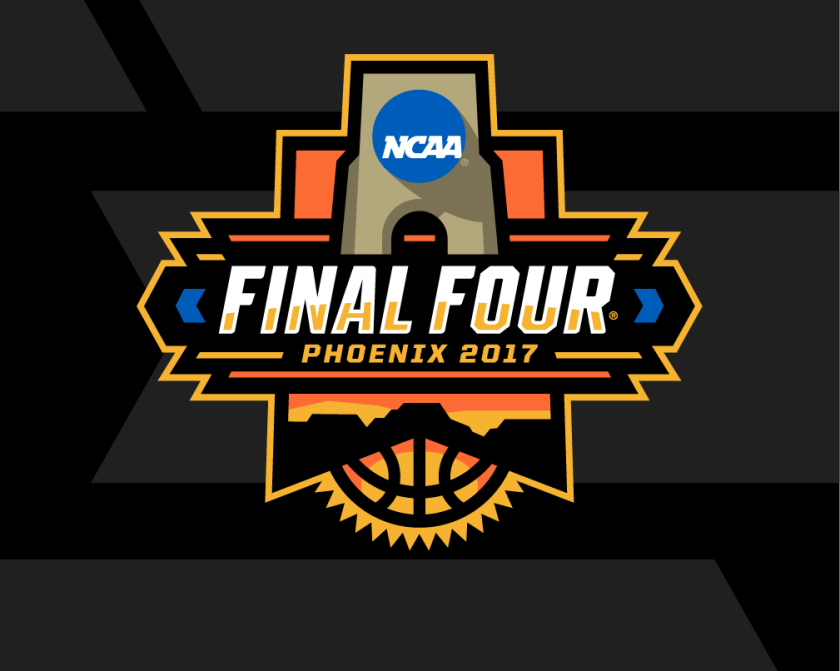 The Midwest region features some of the nations hottest teams entering the tournament and presents the possibility of highly competitive games in each match up.

Here’s a look at the bracket: 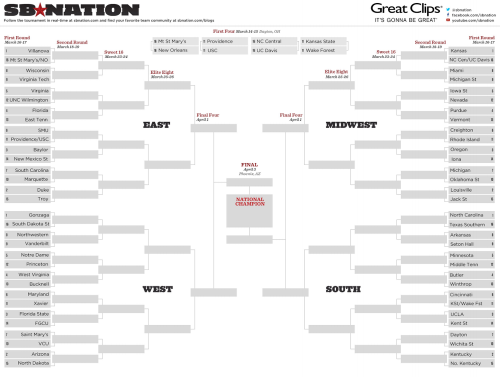 Kansas is the brackets top overall seed and features national player of the year favorite Frank Mason Jr. and likely top five pick Josh Jackson.  Kansas is a veteran squad capable of cutting down the nets.

Louisville and Oregon are top contenders to Kansas but both present their own questions? How will Louisville respond having just lost three of their last five? How will Oregon respond with the loss of Chris Boucher?

Purdue is coming off a B1G regular season title and Iowa state is led by senior guard Monte Morris who is set to be the NCAA all time leader in assist -to-turnover ratio. The Cyclones just won the Big 12 tournament title and have already beaten Kansas at Allen Fieldhouse  this season.

Michigan and Oklahoma state feature a game in which both teams have been hating their stride with a late season surge.

Tom Izzo is still to be feared in March and has a player in Miles Bridge to lead an upset or two.

Rhode Island started the season ranked but dropped off with a mid-season slump. A fringe bubble team throughout most of the year, the Rams erased any doubt winning the Atlantic 1o title to secure the auto bid.

Nevada has a first round talent in Cameron Oliver and head coach Eric Musselman has become a rumored candidate for positions  at LSU and Cal.

Vermont is riding a 21 game winning streak entering their first round game.

The Favorites: Kansas and Louisville

Kansas has the most talented roster in the field. Featuring two outstanding guards and a lottery pick forward.  Landen Lucas does most of the teams dirty work down low rebounding at an efficient rate and anchoring the defense. Where Kansas will be exposed is a lack of depth as they rely on Frank Mason Jr. too often to bail them out at the end of games.

Louisville is led by first round talent Donovan Mitchell and play great defense for Rick Pitino. The Cardinals have dropped three of their last five but are coming off a fourth place finish in the ACC regular season.  Louisville has shown to be able to knock off contenders featuring wins over Kentucky, Wichita State, Purdue in the non conference while adding wins over Notre Dame and Duke in ACC play.

Guard Jawun Evans is one of the most talented players in the country and is capable of putting up big scoring games capable of leading the Cowboys to victory. Brad Underwood’s team started off the Big 12 season 0-6 before winning nine of their last 13 to make the tournament. As a team, they shoot the ball 40% from 3 and are capable of getting hot from distance to make a run.

Michigan just won four games in four days to win the B1G Tournament title and did so after a plane scare left them wondering if they should forfeit their first game.

This game features two teams that play offense at a high level. Both teams shoot high percentages from the free throw line and from three. Expect a lot of points from teams playing their best basketball at this point in the year.

Regional Champ – (3) Oregon – Oregon has two favorable games in the first two rounds for them to better prepare to play without Chris Boucher. Oregon has two talented forwards in Dillon Brooks and Jordan Bell. Guard Tyler Dorsey  gets the offense moving along and I expect them to figure things out to get past Kansas and get to the Final Four. Oregon’s size will present to be an issue for Kansas to defend.