That’s the motto for Davidson basketball. Jack Gibbs took that motto, and not only put it on display for his entire career at Davidson, but especially today.

Davidson Wildcats were projected to finish third in the Atlantic 10 conference. After a down year in the 2015-2016, Gibbs and the Wildcats were looking for a bounce back year this year. They had the team to do it. They had the pieces. But sports will be sports and most of the time things don’t work out like they were planned in sports.

That’s what happened with the Davidson season in 2016-2017. Close games and injuries were the epitome  of this Davidson season. It’s not like Davidson was getting blown out in games; 15 of the 31 games played this year was decided by single digits. Most of the time Davidson was on the wrong side of that number. But that didn’t let the Wildcats get down.

It made them stronger.

It made Gibbs stronger. 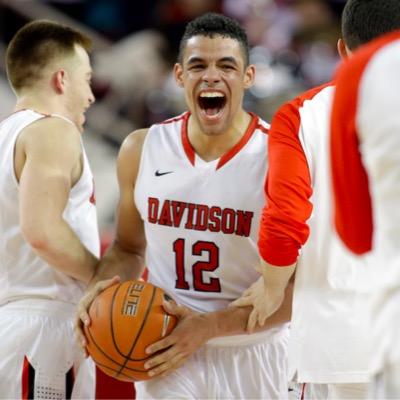 Gibbs has been masked with injuries this entire year. Literally. Gibbs broke his nose in practice in the middle of February. He had to wear a mask ever since. After missing the first game of the season with a bad shoulder, Gibbs has to wear a brace on his non-shooting shoulder since November. And right before the Atlantic 10 tournament? Gibbs had to have his knee drained.

That didn’t slow down Gibbs. Not even a little bit.

Gibbs finished the regular season averaging 22 points per game, 4 assists per game and 4 rebounds per game, while shooting 42% from the field and 40% from 3.

Davidson finished in 9th in a 14 team conference. But that doesn’t mean the Wildcats can’t make the NCAA tournament.

After winning the first game in the Atlantic 10 tournament against La Salle, Davidson had to play top seed Dayton.

Gibbs used the T.C.C. motto in full effect today. There was not a player on the court who trusted his teammates more, was more committed to win, and cared more about the name across the front of his jersey, not the back.

Down 65-62 with 1:47 left on the clock, with Gibbs having the hot hand all game, drove the paint and dished it out to teammate Jon Axel Gudmunsson for 3.

Now he was committed to win the game himself.

Tied at 65, Gibbs rises up for 3 against Dayton’s Kyle Davis, who made first team Atlantic 10 defense.

Davidson moves onto the semifinals against Rhode Island and with two more wins they will clinch a berth to the NCAA tournament.

Crazier things have happened in March.

And with Gibbs leading the Wildcats, all things are possible. 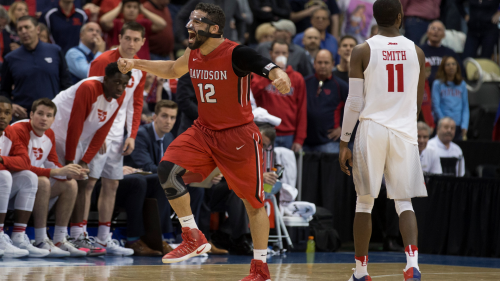